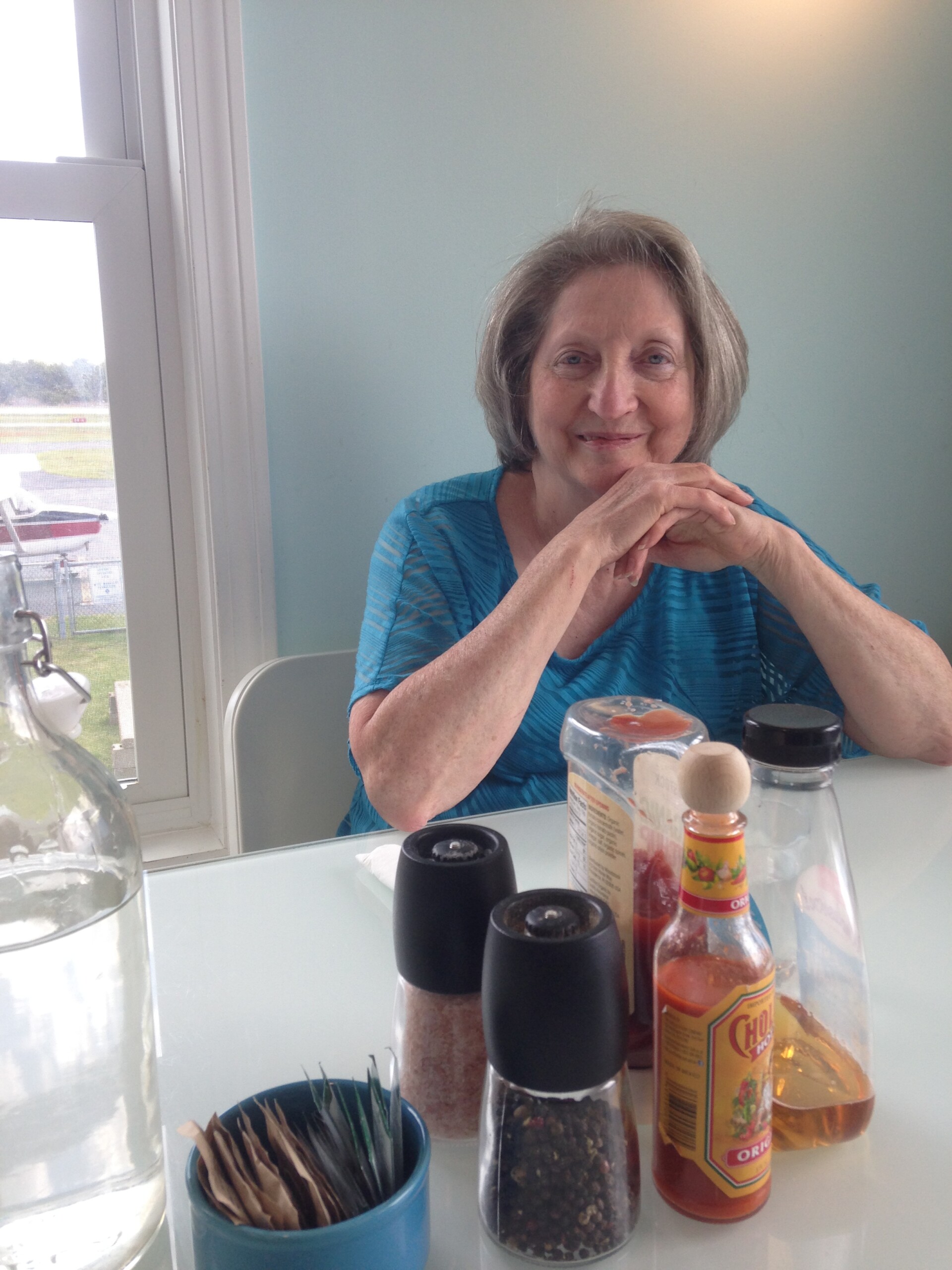 When I was diagnosed with MS in 2001 at the age of 56, it was difficult to consider what changes that would bring to the life I’d assumed I’d live. I had a novel ready for publication and I was deeply involved in teaching and researching family history. MS made such interests seem trivial and irrelevant. I couldn’t concentrate to write or research. I couldn’t walk, prepare meals, care for our home. What would I do? Would I ever feel useful, be normal, have fun?

After several weeks in the hospital and assisted living, I returned home wheelchair-bound, barely able to care for myself, needing something to do to feel useful. I was not interested in researching MS. I wanted to forget it and get on with life whether in or out of my wheelchair. Things were different but I didn’t want them to be. I asked a friend, “Is MS a disease, a disorder, a condition? What?” She responded, “What do you want it to be?” “Nothing. Some inherited genetic trait. Something equivalent to hair color or facial shape.”

Was I in denial? Yes, at least to some extent, but I also had a strong desire to make MS, (and NMO when the diagnosis was changed about ten years later), a minor, meaningless part of my life. To do that I had to make being in a wheelchair my new normal. I had to make my new dressing routine seem ordinary, asking and receiving help typical for me. It was like relearning or adjusting nearly every activity I did into something that felt natural.

Rather than delving into medical information which was fearful, I needed to concentrated on having a positive approach. My husband and one of our daughters have severe OCD and frightening medical posts about MS created devastating anxiety for them both. I found if I could find encouraging information and be optimistic myself it was much easier to help them deal with their fears. Then, I discovered it helped me to handle my own qualms and panics. Few things were more calming than to discover and share the news of an improvement. I found something daily—I could raise my foot higher off the floor, slide from the couch to the wheelchair faster—and thinking of these improvements became a habit that helped me remain cheerful.

After several new episodes in a few months, I made a goal to work on some task that helped compensate for the new damage every time I had another flareup. Initially, there was learning to get the wheelchair through doorways and getting blankets pulled up over my legs and body so I was warm enough to sleep. Later, it was working on getting into the shower, going up and down stairs, even getting into the car and driving!

I am not an expert on NMO or MS or any of the many diagnoses I had received over the time I’ve dealt with symptoms, but I’ve got my little bag of tricks that have helped me normalize the new me that comes home slightly different than the person who went into the hospital with a flareup. Still, every step I take as I walk reminds me that I have NMO and my abilities have changed. Sometimes the differences are frustrating, humiliating, and very discouraging, but there is also always an acknowledgement to myself that I can stand, walk (with a walker), I can reposition myself in a chair or in a house or in a town. I’m grateful that I can relocate short or long distances, I can move my body.

I’ll never completely understand NMO but I’ve found ways to make life more normal and even fun because of the unique situations and experiences that come with it. There are some pleasant things about NMO. I often have double vision. On Thanksgiving, everyone should see the table loaded with twice as much food like I do with double vision! But then, no one should see the multiple piles of duplicated dishes I see by the sink afterwards!

NMO does have ups as well as downs.

Click here to read all of Marlene’s articles on Neuromyelitis-Optica.net.