There are 2 patterns of NMO, monophasic and relapsing. Doctors assume every person has relapsing NMO, even after a single attack.2

The chance of recurrence of disease activity after a first attack is greater than 90 percent. Attacks in NMO can be devastating. Outcomes vary widely among people, but the condition is still considered potentially devastating. Left untreated, early and severe disability is common.3,4

Nerve fibers in your brain, spinal cord, and eye have a protective coating called myelin. Damage to this layer is called demyelination. Conditions like NMO are demyelinating because they damage this protective layer.5

When this layer is damaged, nerve signals can slow or stop. This leads to brain and nerve problems.5

How often do the attacks occur?

After the first attack, NMO follows an unpredictable path, and remission can vary. Attacks can last weeks to months. Symptoms may last off and on for years. They may also be temporary and can fully or partially resolve, most often after a course of treatment. However, this may not be the case for everyone. Reactions to treatment are highly unpredictable.2

When untreated, relapsing NMO relapses on average every 7 months. However, it can also relapse more or less often. Those who are on treatment may have a relapse about every 15 months.2,6

Generally, NMO symptoms begin suddenly. While symptoms may be temporary, each attack is damaging to the nerve fibers. Some people appear to recover fully after an attack, while others do not.2 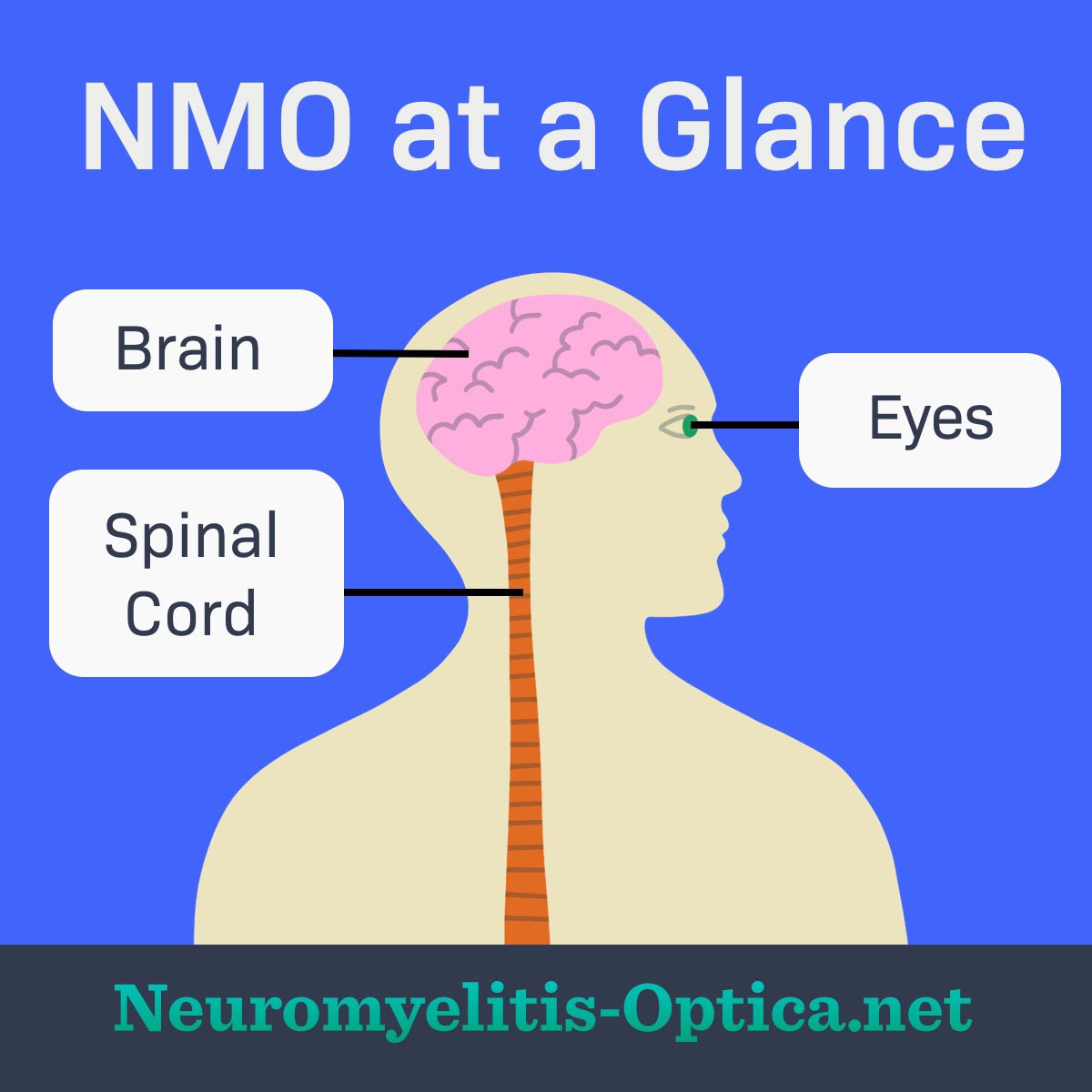 The optic nerve is a bundle of nerve fibers. It is the communication cable between your eyes and your brain. Optic neuritis occurs when inflammation damages the optic nerve.7

Symptoms of optic neuritis may include:2,7

Transverse myelitis occurs when inflammation damages the spinal cord. It is defined by symptoms and signs of nerve problems in the motor (movement) and sensory (sensation) tracts of the spinal cord.8,9

Transverse myelitis can cause a variety of symptoms. The most common symptoms include:9

Some people with NMO may develop nerve damage in the brain. Vomiting, nausea, and hiccups that are hard to control (intractable) may occur if the brain stem is affected. This is known as area postrema syndrome (APS). Between 16 and 43 percent of people with NMO have this syndrome. Outcomes vary depending on the amount of damage to the brain.3

Will it get worse or better?

When faced with a diagnosis of NMO, you will likely want to know if the disease will get better or worse over time. NMO affects everyone differently. The unpredictable course of disease makes it hard to know what will happen over time. New damage to the brain, eyes, and spinal cord during attacks can make the symptoms of NMO worse over time. Within 5 years, half of those diagnosed with NMO require a wheelchair.10

Some factors can predict a worse outcome in NMO, including:3

Neuromyelitis Optica and the Neuropathic Itch

The Nitty Gritty of Living with NMO (Part 2)